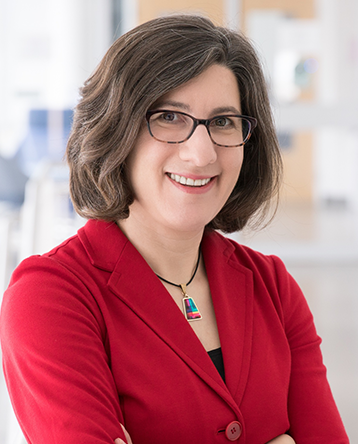 Lorrie Faith Cranor is the Director and Bosch Distinguished Professor in Security and Privacy Technologies of CyLab and the FORE Systems Professor of Computer Science and of Engineering and Public Policy at Carnegie Mellon University. She also directs the CyLab Usable Privacy and Security Laboratory (CUPS) and co-directs the MSIT-Privacy Engineering masters program. In 2016 she served as Chief Technologist at the US Federal Trade Commission, working in the office of Chairwoman Ramirez. She is also a co-founder of Wombat Security Technologies, Inc, a security awareness training company that was acquired by Proofpoint.

She has authored more than 200 research papers on online privacy, usable security, and other topics. She has played a key role in building the usable privacy and security research community, having co-edited the seminal book Security and Usability (O'Reilly 2005) and founded the Symposium On Usable Privacy and Security (SOUPS). She also chaired the Platform for Privacy Preferences Project (P3P) Specification Working Group at the W3C and authored the book Web Privacy with P3P (O’Reilly 2002). She has served on a number of boards and working groups, including the Electronic Frontier Foundation Board of Directors, the Computing Research Association Board of Directors, the Aspen Institute Cybersecurity Group, and on the editorial boards of several journals.

In her younger days she was honored as one of the top 100 innovators 35 or younger by Technology Review magazine. More recently she was elected to the ACM CHI Academy, named an ACM Fellow for her contributions to usable privacy and security research and education, and named an IEEE Fellow for her contributions to privacy engineering. She has also received an Alumni Achievement Award from the McKelvey School of Engineering at Washington University in St. Louis, the 2018 ACM CHI Social Impact Award, the 2018 International Association of Privacy Professionals Privacy Leadership Award, and (with colleagues) the 2018 IEEE Cybersecurity Award for Practice.

She was previously a researcher at AT&T-Labs Research and taught in the Stern School of Business at New York University. She holds a doctorate in Engineering and Policy from Washington University in St. Louis. In 2012-13 she spent her sabbatical as a fellow in the Frank-Ratchye STUDIO for Creative Inquiry at Carnegie Mellon University where she worked on fiber arts projects that combined her interests in privacy and security, quilting, computers, and technology. She practices yoga, plays soccer, walks to work, and runs after her three children.

CyLab faculty, postdocs, and students presented their research at the FTC’s seventh annual PrivacyCon on November 1.

CyLab researchers have conducted a large-scale user study of more than 2,500 participants, uncovering the information most important to consumers shopping for broadband internet service and determining what terminology and presentation formats make this information most understandable and useful.

Mobile phones can be abused to enable stalking through methods like location tracking, account compromise, and remote surveillance. While experts can help victims detect and recover from this type of technology abuse, researchers at Carnegie Mellon's CyLab Security and Privacy Institute say typical users aren't equipped to identify and resolve these issues on their own.

There is no shortage of Carnegie Mellon (CMU) students and faculty participating in this year's Symposium on Usable Privacy and Security (SOUPS).

The 2022 Engineering Faculty Awards winners have been announced.

CyLab Director Lorrie Cranor was quoted in CNET about states in which abortion is illegal using the location data from period tracking apps to prosecute people for getting abortions.

Usable but not understood: a case study on chatbots and HIPAA

Achieving consent online is a challenge. Throw that into the context of healthcare, and it becomes enormously challenging. A new study by CyLab's Sarah Pearman takes a deep dive.

Cranor’s article on online privacy published in the WSJ

CyLab Director Lorrie Cranor published an op-ed in The Wall Street Journal titled, “How Everyone Can Get the Online Privacy They Want.”